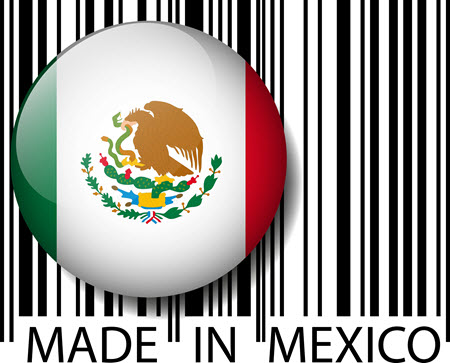 Trade between US and Mexico

Over US$248 billion dollars worth of trade between the U.S. and Mexico were reported for 2000, as expected.

Mexico is the second largest trading partner for the United States as an importer and exporter.  This impending jump in trade rank for Mexico is the latest example of NAFTA’s remarkable contribution to Mexico-U.S. trade.

These programs have evolved from the original in-bond concept to encompass a broad package of export promotion incentives and to comply with international agreements.  PITEX allows temporary production of goods for export by companies that comply with all of the Mexican taxation laws.   PITEX supports export-oriented industry through duty exemptions for imports used to create exported products.  Goods can also be shifted to the local market by paying duties and taxes as in the maquiladora program.  Mexico extends similar benefits under related export promotion programs known as ALTEX and ECEX.  As a footnote, it is important to remember that all raw materials originating from any of the three NAFTA countries pay no duties.  But all raw materials originating from any other country, will pay a differential from the country that comes in, to the country that goes out.

Related sites in both English and Spanish